CosmeDocs is a specialized cosmetic surgery and treatment clinic which offers you Botox for Hyperhidrosis treatment in London with fast results. Therefore, we have developed some specialised clinics which exclusively offer the excessive sweating treatment. At those clinics, we provide you with competitive expertise and professionalism for treating your problem of excessive sweating which ensure your complete satisfaction.

Sweating normally is a normal body function which is essential for the proper functioning of our system but when the sweating increase to such an extent that it become a cause of embarrassment and interfere with your normal and daily routine, then it is a serious problem that needs treatment. 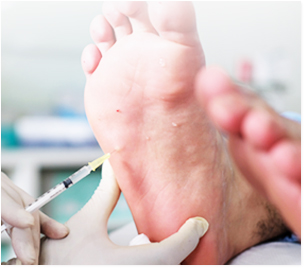 The problem of excessive sweating in men and women, force them to change their dressing after every few hours. It affects their personal style, cause damage to the fabric and shatters your confidence. Hence, we offer you the best recommended Botox treatment for excessive sweating at our specialised hyperhidrosis clinics, so that you can gain control over your sweating and start living a confident life.

We are a proud member of the International Society for Hyperhidrosis. We are dedicated to offer you botox for hyperhidrosis treatments which will definitely make a big difference in your life. We are experienced in dealing with the problem of sweating in the most common body areas like underarms, forehead, palms, and of more complicated and complex areas like upper lips, nose, cheeks, feet and also the problem of compensatory sweating at any focal areas due to the past treatment by hyperhidrosis surgery- ETS [Endoscopic Thoracic Ssympathectomy].

Impact of hyperhidrosis on the life of individual

Excessive sweating is confidence shattering problem. It not only stains fabric but can be extremely embarrassing, can adversely affect your romantic life and can also cause hindrances in the social and business interactions. In adverse cases of hyperhidrosis, it can cause serious effects on the normal working of the people. It makes it hard for them to hold pen, gripping a steering wheel of the car or even shake hands with others.

The revolutionary Botox for Hyperhidrosis procedure has totally changed the once invasive procedure (ETS) to just few simple and minimally painful injections. In addition to this, there are other different treatment methods as explained below.

The cause of excessive sweating is neither due to any kind of underlying medical conditions nor due to its side effects. Instead, its cause is idiopathic (spontaneous occurrence) which equally effects the both sides of the body. It affects certain areas of the body more than others such as underarms, face, palms of hands and feet sole which sweat heavily than normal conditions.

the cause of excessive sweating is the underlying medical conditions or its side effects. It affects the complete body instead of some specific body areas.

How to assess and evaluate the extent of hyperhidrosis?

Before starting the treatment of hyperhidrosis, comprehensive diagnosis is undertaken which usually initiates with the Hyperhidrosis Disease Severity Scale (HDSS). It is a point scale which set certain benchmarks to rate the severity of patient’s condition. It evaluates how much the problem of excessive sweating is actually interfering with the daily working routine and activities of the patient.

There patient has to choose from the various statements where every response depicts their personal condition and experiences with the problem of excessive sweating.

There are many different treatment options available to treat the problem of hyperhidrosis which depends on the extent of severity of the problem. After evaluating the problem, the doctor or practitioner recommend a single or a combination of treatments to cure the excessive sweating problem.

There patient has to choose from the various statements where every response depicts their personal condition and experiences with the problem of excessive sweating. daily activities

The benefits of non-surgical hyperhidrosis treatment

There are numerous benefits which are associated with the non-surgical hyperhidrosis treatment.

The side effects of excessive sweating treatments

There is no procedure which does not involve any kind of side effects or risk factors. In case of Thracoscopic hyperhidrosis treatment, the major side effect can be the outburst of compensatory hyperhidrosis or excessive sweating in other body areas that used to be sweating free. It can occur in 70% of the patients treated with Thoracoscopic treatment but it can be well-tolerated.

The non-surgical hyperhidrosis are not permanent like Botox hyperhidrosis treatment and the effects usually fade away in 4-12 months time depending on the treatment. It can cause the swelling and bruising at the injection site and flu-like allergy can be caused after the injections which are temporary and goes away in few days or week.

Other treatments might cause, dryness of mouth, soreness of throat and mouth , inflammation or skin irritation at the site of treatment.

It is universally perceived about Botox that it is only effective in the cosmetic and beauty treatments, which are undertaken by celebrities to regain their youthfulness and beauty and to look more captivating on screen. However, many of the people do not know that Botox is such an amazing discovery that it treats several other kinds of medical conditions like hyperhidrosis.

Here we attempted to provide you with the highlights of advantages offered by different excessive sweating treatments. We have also provided you with an overview of the causes, symptoms and available treatment options for treating excessive sweating. We also offer you simple tips and tricks and do-it-yourself techniques which can help you in controlling and managing the condition and to help you move about and conduct your daily life activities without any major hindrance or disruption.

Hyperhidrosis is a chronic disorder of excessive sweating that can affect any body part, including the underarms, the palms, the soles of the feet, and the face.

The efficacy and patient satisfaction of Botox® for hyperhidrosis treatment is considered to be excellent. Until now, most treatments for excessive sweating were often ineffective, short acting or had significant risks. For those suffering from excessive sweating, Botox treatments give them new hope where previous therapies have failed before.

Botox for hyperhidrosis treatment (excessive sweating) was approved in the United Kingdom in July 2001.

By blocking the release of acetylcholine, which activates the sweat glands, botox injections can relieve excessive sweating, a life-altering procedure for those suffering from the embarrassing ailment, and were approved for use under the arm in September 2001.

Previous treatments for excessive sweating for the underarms - which is known as axillary hyperhidrosis—were often ineffective and short-acting, or were associated with significant risks. Studies have shown that 80 to 95% of patients respond to one treatment session (Naumann 2001; Lowe 2003; Naumann 2003). Along with a decrease in perspiration, injections can improve quality of life (Campanati 2003) and decrease body odour (Heckmann 2003) for up to 7 months (Naumann 2003). A long-term study has shown that side effects are minimal, and repeated injections over 16 months are safe and efficacious, with 50% or greater reduction in sweating seen in 96% of patients after the first treatment (Naumann 2003).

Does The Non-Surgical Treatment For Excessive Sweating Cause Any Pain?

The treatments for facial and underarms are minimally painful and can be well-tolerated because we make use of very fine needles and the injections are superficially placed. As the palms of hands and feet soles are relatively sensitive, cooling device is often used for numbing those areas.

How Much Botox Is Injected And Do I Have To Pay More For The Extra If Required?

For the underarms treatment, 100-150 units of botox are used on average. The amount of Botox varies between men and women because men’s underarm area is larger than women. After the completion of treatment, we offer complimentary top up appointments to some people to treat their any residual excessive sweating problems. It is important to note that, the mentioned doses causes approximately 70% -80% reductions in your sweating.

How Many Injections Of Botox I Need To Have To Control Hyperhidrosis?

Botox Is Known For Muscle Relaxation, Will It Paralyze The Underlying Muscles?

The sweat glands are basically located between the dermis and the layer of subcutaneous fat i.e. between the skin and underlying layer of fats. Low dose injection are superficially placed, which generally leave behind a temporary visible wheal (bleb), which instantly settles down.

There is a possibility that it relaxes some of the other muscle partially as well such as forehead muscles which gives an additional benefit to such people because it soften the fine lines and wrinkles, naturally.

While treating the problem of sweating in palms, there is a probability of weakness in the fingers or hand muscles but it is usually temporary and for short time. The permanent weakness of muscles is a rare possibility in treating the hyperhidrosis in underarms.

Is Botox For Hyperhidrosis Safe?

It is a relatively safe treatment for excessive sweating. There can be small bruises and swelling in the treated area which vanish within few days. You might also feel muscle weakness around the injected area but these symptoms also go away in a week or two and do not affect the normal daily routine life.

Is Botox For Hyperhidrosis Painful?

As mentioned earlier, there is minimal pain and discomfort after the treatment. there might be minor swelling and bruising in the treated area but will disappear in few days.

How Long Does Botox For Hyperhidrosis Last?

How Much Is The Hyperhidrosis Treatment Price?

I’ve done Botox with CosMedocs and was impressed with their service and professionalism. Not to mention affordable prices. I was Botox virgin and had my reservations at first, but doctor’s advice made them all go away. And I’m really happy with the results.” - NC

I had a botox treatment with cosmodocs. I found the price very reasonable. Even better the results were excellent. I will definitely use this service again.” - BH

I am a very satisfied customer of Cosmedocs - I’ve had three facial areas treated with Anti-Wrinkle Injection at CosmeDocs in recent years, and find the treatment swift, thorough and effective. Also, Dr Haq’s pleasant and friendly manner makes the treatment as painless as possible!” - CFSP 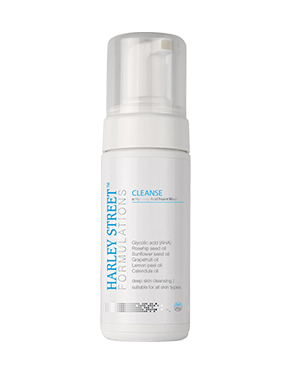 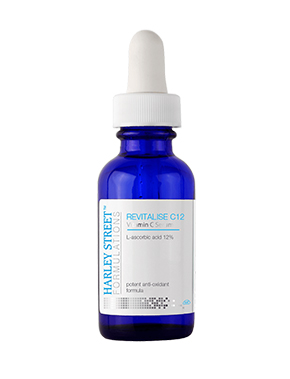 Treat your skin with the powerful antioxidant Vitamin C multi-peptide Revitalise C12 serum by HSF to stimulate the production of natural collagen & elastin within the skin. 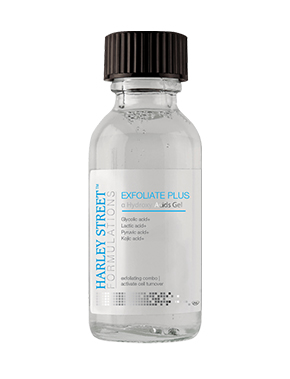 Want to stimulate skin cells turnover through skin exfoliation? Try Exfoliate plus gel by HSF which is a combo of AHAs to give you smooth, rejuvenated & beautiful skin. 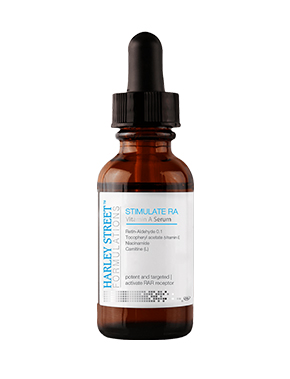 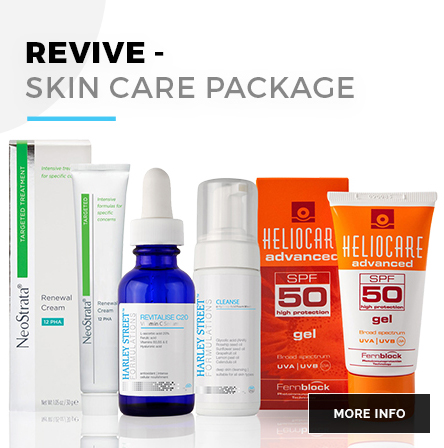 Thank you!
For contacting us one of our clinic
staff will call you.
close
X

Thank you!
For contacting us one of our clinic staff will call you.
X
X

For Contacting US. Please check your inbox, we have sent you the Download link
Note: if you did not get the email, please check spam/junk folder