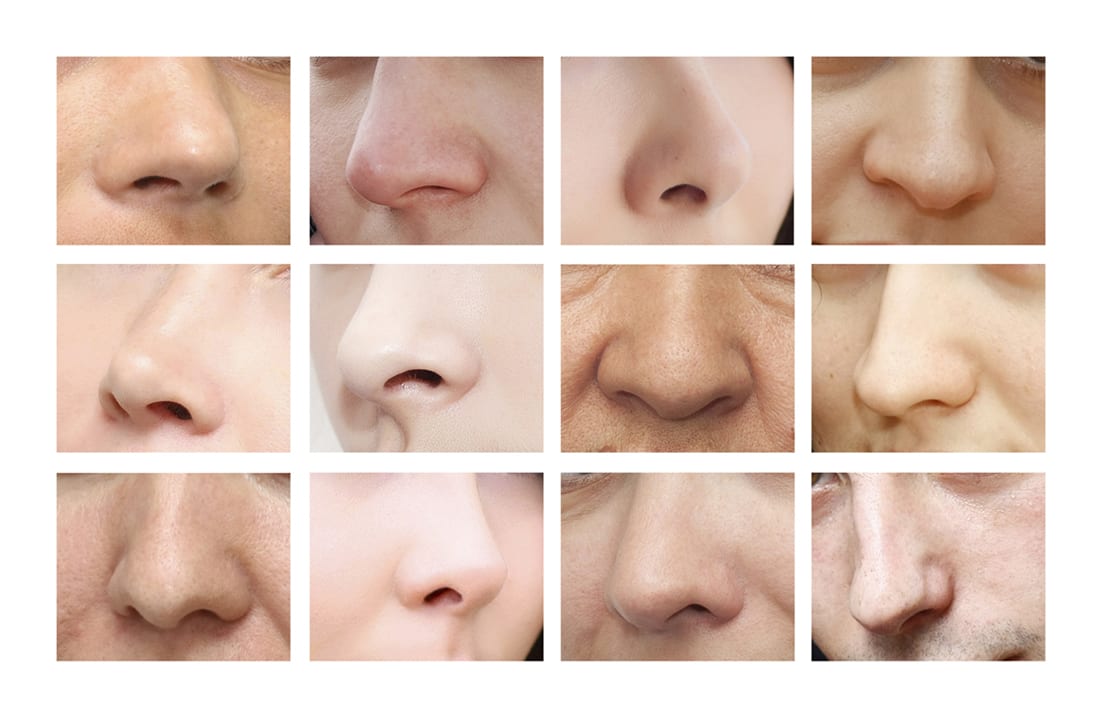 Undoubtedly, nose holds a central position on our face but we cannot talk about the nose in separation from the other facial features. The ideal nose is one that harmonizes with other favourable features of the face. Similarly, it is not possible to talk about nasal structures alone when talking about facial anatomy. All facial areas are connected to each other in an artistic way thus it is not possible to boil down the ideal to simple lines or numbers.

However, artists as well as physicians, by studying the faces and anatomy of face can create some guidelines or artistic proportions that exhibit a certain aesthetic ideal. Artists have made studies on beauty and aesthetic proportions since long and now facial plastic surgeons have developed a similar understanding of facial aesthetics to enhance the overall facial appearance of their patients.

When we talk about the importance of nose in facial anatomy, we are urged to start an interesting discussion because the nose is the only facial feature that is strongly related to the human psyche and the psychism. It is the single facial feature that is used widely in different expressions while speaking in our daily lives. For instance, some people always want ‘to keep their nose up’ while there are others who ‘keep their nose to the grindstone’ and there are still others who ‘keep their nose out’ of other’s business while others ‘poke their nose’ in other’s business!

In 1931, the proportional measures of the face were used by Jacques Joseph in cosmetic surgery. It started with rhinoplasty by utilising the endonasal access. Jacques divided the nose into three distinct zones referred as ‘Joseph zones’. According to this division, the upper third part comprises of nasal dorsum’s bony part, the triangular cartridges or upper lateral side form the middle-third part and the lower third part is formed of the moving nasal part known as lobes by some and nasal tips by others2(figure.1). 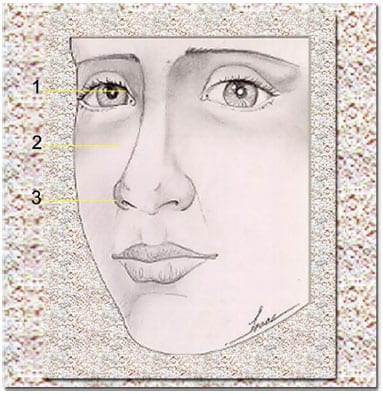 Every one of us has two noses; one ‘exterior nose’ that lies physically in the middle of our face and the other one is ‘interior nose’ that is characterised by certain components that have almost visible functions.

The nose is one of the prime feature that makes a clear division of the face in two parts, giving an impression of facial symmetry. It has a triangular projection and gives particular volume to the face which is unique to each face. The outside visible part of the nose is a home to olfactory sensations which are partially shared with the mouth. This is part also forms the important part of respiratory apparatus.

The outer part of the nose is not less than a miracle. It is a peak of the human face that is connected to the vital interior structures directly as well as indirectly. This visible part of the nose is an aesthetically, culturally and socially important body part for which the personal idea of beauty is not enough. Thus, it is essential for the cosmetic surgeon or cosmetic practitioner to have the knowledge of “ideal proportions of beauty and harmony” just like a painter or an artist or a sculptor. It is essential to understand and base the nose reshaping on the standards of safety, beauty and aesthetic proportions that have long been set by the ancient artists and studies.

Artistically speaking, it is necessary to maintain the harmony of volumes between the nasal bridge, nasal lobule and nose base. However, for the cosmetic surgeon, the cosmetic assessment cannot be solely based on the nasal measurements and angles of the formation. The face as a whole should be taken into account to harmonise the nose with other facial features.

In contemporary times, the evolution of beauty standards exhibits that although the volume and proportions of nose are important, what is more, important is the connection that exists between nose and face, which mainly contributed towards the overall harmony of facial appearance. For correcting the nasal shapes and dimensions or rhinoplasty, a compulsory anatomical knowledge along with an expertise in technique and a unique artistic sensibility is required. This put the sculptor, the aesthetic doctor and the rhinoplasty surgeon on the same plane.

The facial harmonics mainly looks how the different facial features harmonise together to form a whole. For instance, a beautiful face is generally symmetrical that is if a line is drawn in the middle from forehead to chin, the two facial sides are equal and balanced.

The Golden Ratio is basically a mathematical concept that is seen in all natural things from sea shells to plants. It is also a significant proportion indicator of the human body. It has been used by well-known artists, architects and sculptors to determine aesthetically as well as functionally pleasing proportions. This golden ratio is 1.62 that is known called phi in Geometry and divine proportion3. It can also be used for determining the harmonious position of every facial feature. 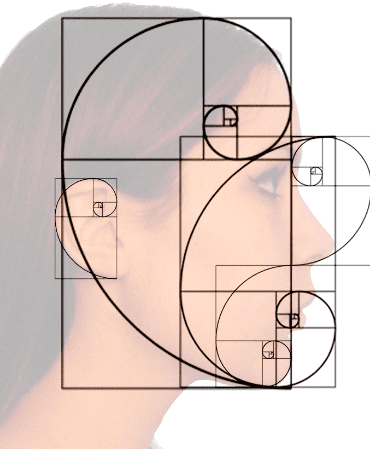 According to the well-known sculptor of ancient Greece, Polycleitus,

“All doctors and philosophers see the perfection of human beauty in the symmetrical proportions of the limbs.”

The sculptors of that time considered the Caucasian face aesthetics proportions as follows:

These ideal proportions of harmonic face remained a standard of aesthetics for many centuries and used by plastic surgeons performing rhinoplasties until recently with the advent of the non surgical nose job.

This type of nose job cannot remove soft or hard tissues from the nose.  It relies on adding volume to certain key areas of the nose to camouflage undesirable defects.  Common indications include hiding the bump as well as irregularities developed as a result of injuries or previous surgical rhinoplasty.   Also, it’s a very common procedure to improve the bridge height in asian and african patients. 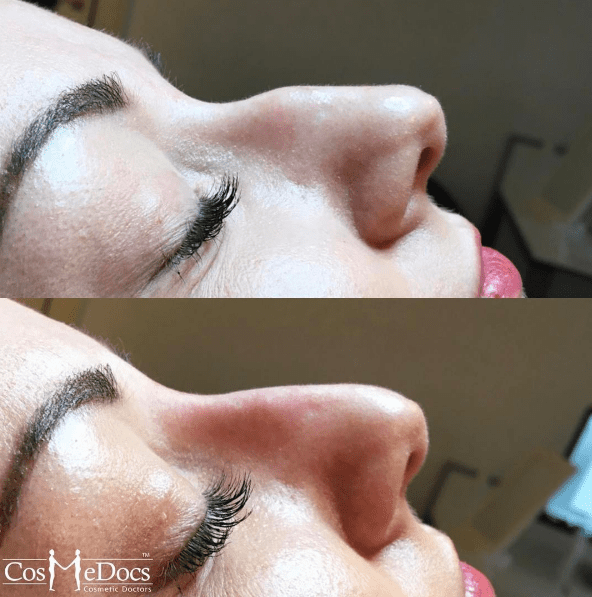 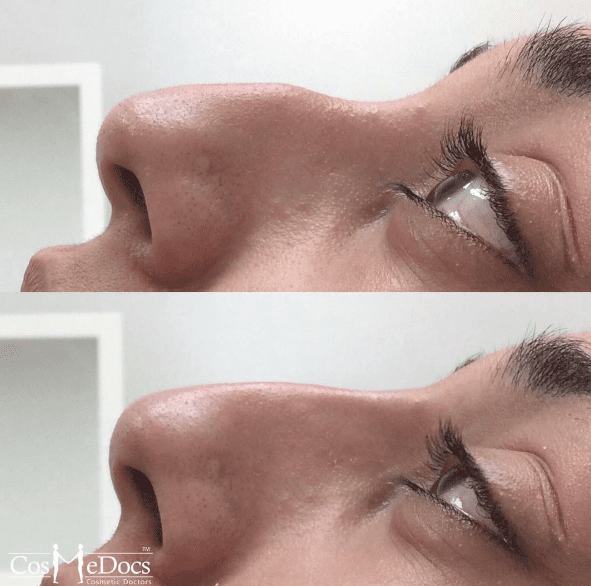 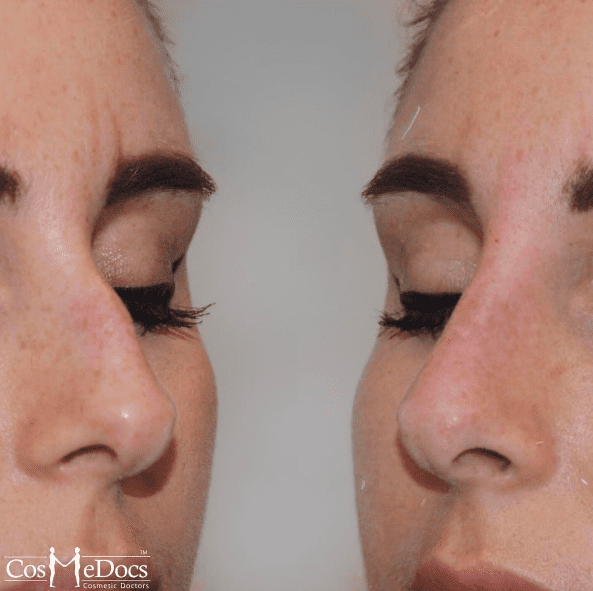 How to get a nose job without going under the knife