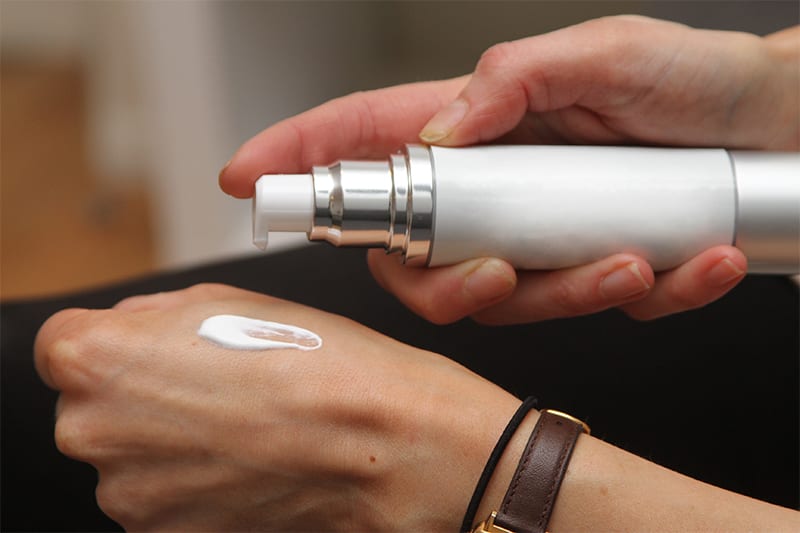 Most of modern society has become addicted to moisturising in the hope of preventing wrinkles and other signs of ageing. We have been convinced by perpetual advertisements that moisturisers are the single most effective cure against ageing – moisturise twice a day for healthy skin, only the insane would consider not doing so. If moisturisers are the wonder cure for ageing, then why is it that many of us still suffer from dry, irritated and dull skin despite following a careful moisturising regime on a daily basis? How is it that so many experience sensitive skin despite not having a true allergy? Why must we still suffer from breakouts when we are long past our teenage years?

The answer – the devil is in the details. Habitual moisturising can actually cause more harm than good. These harms are broken down into categories and discussed below.

Dull Skin – Shine not so bright

Dry Skin – Dry me a river 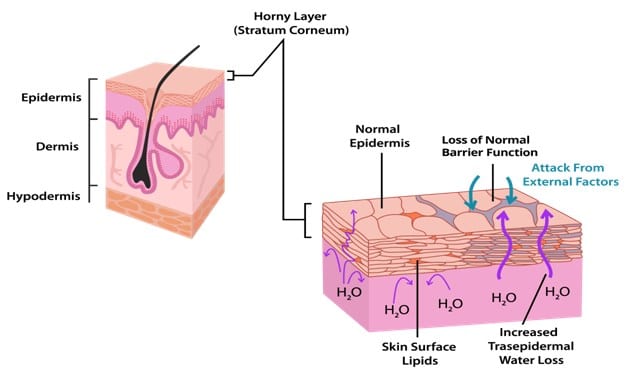 So what is the right way to moisturise?

We do not want to say that we should never moisturise, “moisturisation” has an important role in our lives to keep our skin hydrated. The message we are trying to convey is that this should be limited to times where your skin is temporarily actually dry, for example when exposed to heavy winds or strong sun. In such cases, cosmetic (rather than therapeutic) improvement can be achieved with correct moisturisers. It is the routine use of moisturisers we are trying to change in the average person and to keep the daily use of moisturisers for people with actual dermatological conditions that result in true dryness, such as eczema, psoriasis or ichthyosis. 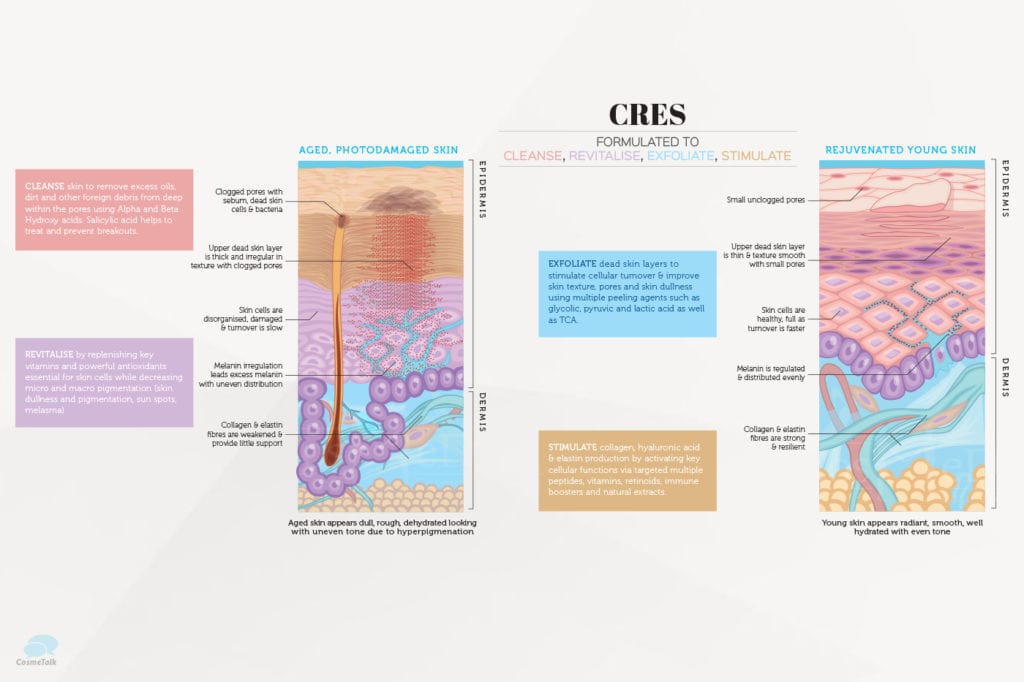 Rather than moisturising and influencing the normal skin barrier function, we believe in adopting a regime for skin rejuvenation based on target potent ingredients designed to cleanse, revitalise, exfoliate and stimulate and protect when necessary (CRES(P)) the skin.  Cleanse the skin of oil and debris, Revitalise the skin with ingredients to help oxidative damage, decrease excess melanin, Exfoliate (non abrasive using fruit acids and other peeing agents) to remove some dead layers of skin and Stimulate production of new cellular matrix (collage, elastin, hyaluronic acid etc).

Last but not least, Protect the skin from UV radiant when required by using a broad spectrum sunscreen.   Note we include P in brackets as it is commonly thought that the use of a sun-protecting factor is a must, however, due to the formulations of sunblocks consisting of strong irritants, we recommend their use judiciously as required.

For example, if going to work 8am and being indoors till lunch time provides little benefit and the dozens of extra ingredients may actually do harm. Sensitive skin, as discussed above, can also be a result of the number of chemicals applied on the face and individuals using a day cream, night cream and sun protection factor. Shockingly, the number of chemicals/ingredients we are covering our skin with on a daily basis can come close to or above 100 per day!

Our philosophy behind CRES is to not only decrease the number of products required but also the number of ingredients we expose ourselves to by only using only a select few ingredients at much more potent levels to rejuvenate the skin. Furthermore, for optimum skin health I believe in using an antioxidant serum and, of course, a broad-spectrum sunscreen in the morning.

We appreciate that habits are hard to break; many people will find it difficult to suddenly stop moisturising out of the fear of dry skin. This fear is valid as your skin would have become conditioned to the higher moisture exposure.  Try reducing the amount or frequency of moisturiser initially or switch to a lighter product.

It would also be advisable to combine this is with regular fruit acid exfoliation to help get rid of the dead layers that take up extra moisturiser.  Remember, most serums and SPF products contain moisturisers as a base, so would be a good method of getting your sun-protection and moisturiser in one hit! 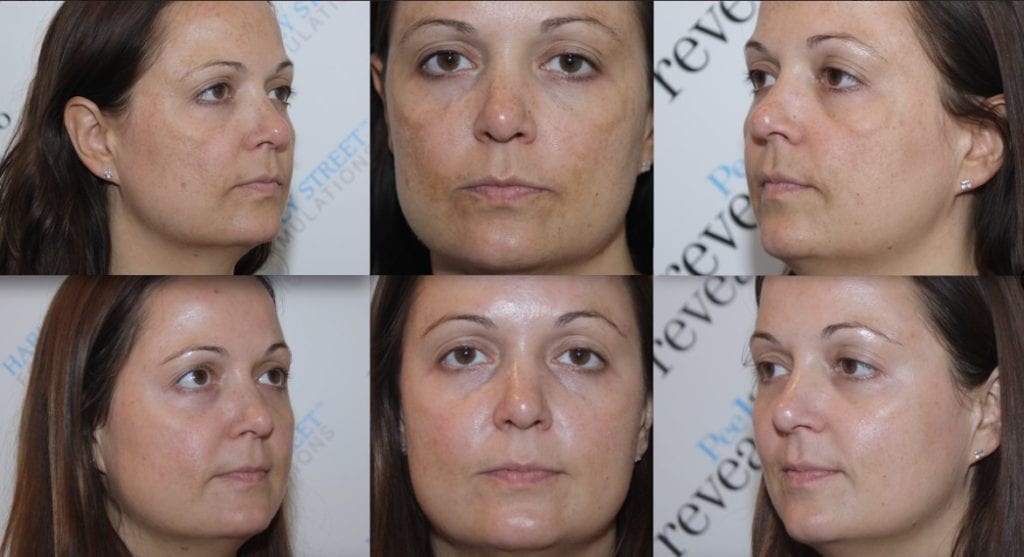 After Peel To Reveal To Cleanse , Revitalise, Exfoliate & Stimulate

True hydration comes from within the skin and not from the superficial layers. This occurs by maintaining a healthy turnover of cells and supplying the skin with necessary ingredients to combat daily wear and tear.  Traditionally, products sold over the counter have had low potency due to laws governing cosmetics.  However, cosmeceuticals (cosmetics with higher than normal % of active ingredients) are gaining popularity due to the availability of resources found online.  We recommend researching some of these ingredients mentioned in the table above for further information.  You may also note is that the use of a standalone moisturiser has largely been discontinued in most clinically active skin care ranges.

How to maintain that tan

Dermatologists: Help Them Help You