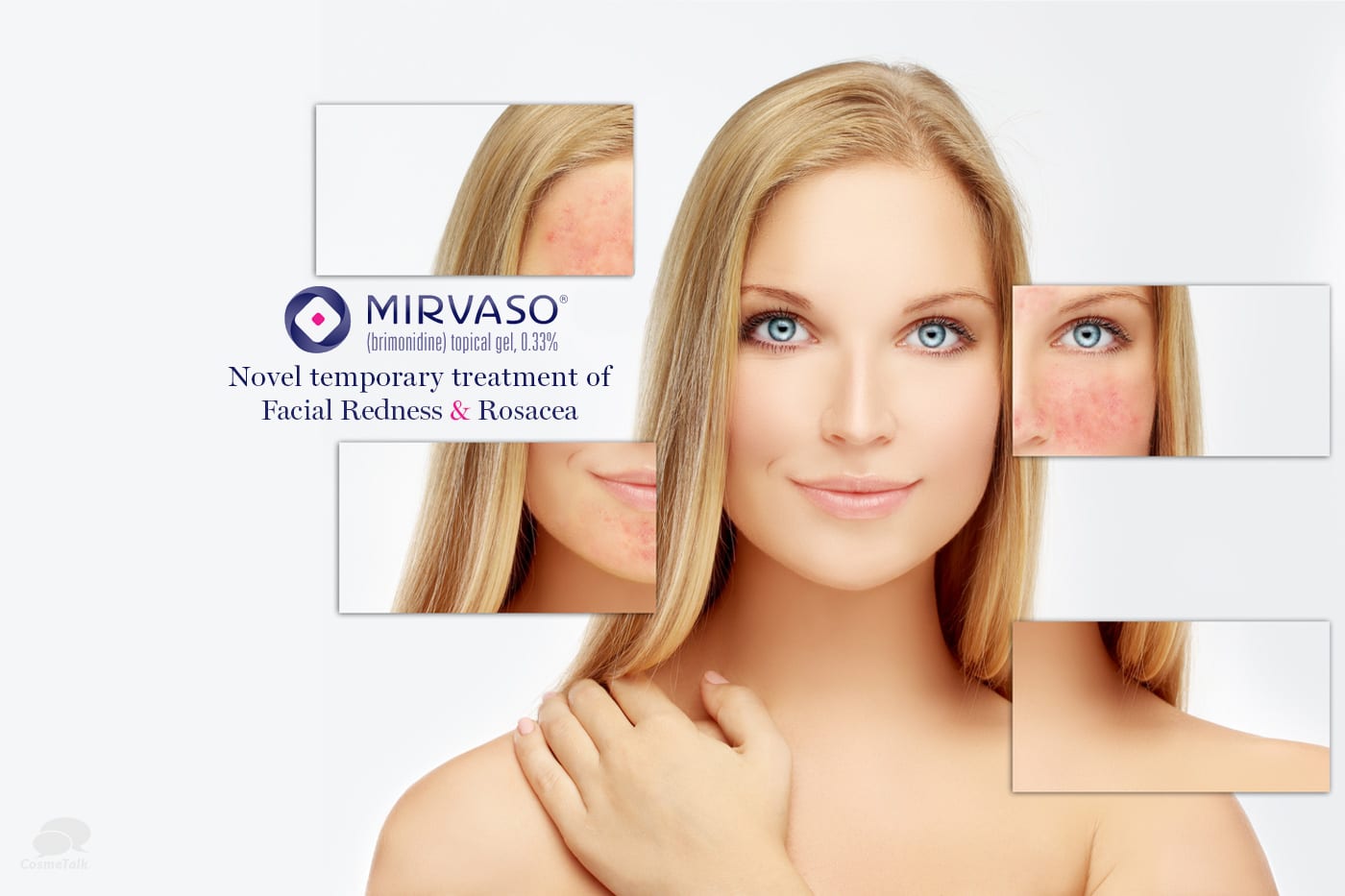 Are you one suffering from excessive facial redness or flushing episodes due to Rosacea and trying to cover that up by using excessive make-up or just finding ways to deal with the condition? 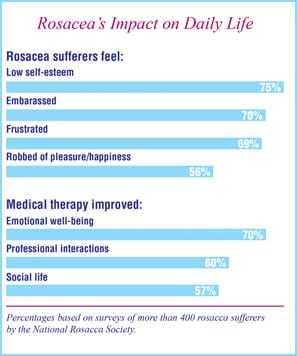 Then you are not facing this condition alone. According to one of the estimates, there are almost 16 million people in U.S. who suffer from rosacea. Until recently, there wasn’t any treatment option available that had been approved by FDA for facial redness which is the most common rosacea symptom.
Generally, if rosacea symptoms left untreated tends to get worse so recognition of its symptoms and treatment is very important. Many of the sufferers of mild rosacea give up visiting GP, as the present treatments only deal with the inflammation and the spots filled with pus rather than redness.  But, now it is possible for the people suffering from this embarrassing symptom of rosacea, to control it. Mirvaso, is the first topical prescription skin gel that has been approved by FDA which dramatically cause significant reduction in facial blushing in almost half an hour of its application. According to the clinical trials conducted on the efficacy of drug, its effects lasts for about 12 hours.

Rosacea is a skin condition that causes episodes of facial redness or flushing. If the condition worsens, it can lead to the formation of small bumps and pus filled pimples.

It has been estimated that almost 6 million Britons are a victim of this chronic skin condition. It is characterized by facial redness and spots that affect forehead, cheeks, mouth area and specifically the nose which may appear swollen or red. Typically, the condition begins after 30 years of age and is most common in women because of the hot flushes experienced by them during the period of menopause.

Though there are many different treatments including oral, topical treatments, laser therapy, available but these rosacea treatments have limited success in controlling facial redness. The exact causes of Rosacea are not known but there are certain triggers that can worsen the symptoms. These include spicy foods, hot drinks, hot or cold weather, intense and strenuous physical activities, intake of caffeine and alcohol.

Mirvaso is the first and the only FDA approved drug that is specifically formulated and developed for the facial erythema that occurs in rosacea. The major active ingredient of this drug is Brimonidine Tartrate which belongs to the family of drugs called alpha agonists. The drug works by constricting the dilated blood vessels in face which reduces the redness caused by rosacea.This topical gel is required to be applied on the face once-daily.

The Mirvaso is known to give consistent results in controlling facial redness, month after month. It quickly works and the effects last for up to 12 hours a day.

Some key facts about the drug

When using this drug for rosacea treatment, following facts about the drug should be kept in mind;

Possible side effects of Drug

Most of the patients who use this drug for treating rosacea symptom of facial redness do not develop any serious side effects but in some cases it may cause flushing, burning of skin, erythema and contact dermatitis.  If any of the side effects persists, instantly contact your doctor.