What Causes Skin Ageing? A Summary

Skin ageing is an inevitable thing that every one of us has to experience at some point of the life. However, most of the people face ageing even before the right age to age!

Yes, that is right! Your skin can age even if it is not the proper time to age and there can be various causes behind it. There are many intrinsic and extrinsic factors that come in play and lead to ageing. To keep skin ageing away, it is necessary to know and understand the factors that are trying to harm your skin constantly.

As described previously Visible Signs of Ageing the primary changes that occur are as follows:

How Does this skin ageing occur?

Skin ageing is a complex topic and researchers are always trying to find the reasons behind it. However, there are many different theories that explain the process as agreement has not happened on any one of them yet. Out of all these theories, free radical theory is the most widely known and accepted one.

If you want to stay safe of premature skin ageing, knowing the causes is important as then you will be able to protect yourself of such elements. Let’s look into a few most important of skin ageing factors.

Free Radicals Are The Most Important Cause

It has been stressed so many times and we are going to talk about it yet once again. Free radicals are highly reactive atoms or molecules because of presence of an unpaired electron in their outer shell. They look to react with some other molecule in order to become stable. This makes them dangerous for your skin.

Free radicals are produced in response to UV rays of sun. These radicals then react with components of skin cells, leading to damage that can be repairable or irreparable. The damage can occur to cell membrane, mitochondria, and even DNA.

On a gross level, free radicals damage collagen and elastin fibres in skin. You all are well aware of their role for a healthy, firm, and glowing skin.

Reactive oxygen species (ROS) are most common free radicals involved in the process. Damage caused by free radicals can lead to various consequences like making cell damaged or dysfunctional, cancerous changes in cells, and even death of the damaged cell.

DNA Repair Has An Important Role In Skin Ageing

DNA is called brain of a cell. It can be damaged in various ways. As already described, free radical damage is a major cause of DNA damage. Other causes include viruses, bacteria, X rays, gamma rays, chemotherapy, excessive heat, and different drugs and chemicals.

After DNA of a cell is damaged, there can be serious consequences like cell death. Damaged cell becomes dysfunction and hence ages as well. This is why repair of a damaged DNA is necessary for proper functioning of a cell and to avoid skin ageing.

Inflammation Can Lead To Skin Ageing

As you already know, inflammation is your body’s natural response to any injurious stimuli. When your body perceives any agent as harmful, a whole cascade of reactions start that as a whole is known as inflammation.

Inflammation makes sure that injury caused by the attacking agent is limited and that agent is cleared out from your body as soon as possible. There are various signs of it like redness, burning, pain, swelling, heat coming out of the site involved, and loss of function etc.

But if inflammation has a role in limiting injury and damage by invading agent, how does it lead to ageing? The answer can be easily understood. When inflammation occurs, the response of your body leads to release of certain enzymes called matrix metallo proteinases or MMP. These enzymes have the function to dissolve and destroy the affected and damaged tissue. But how accurate this function is? While performing this task, these enzymes can damage surrounding healthy tissue. In short, these enzymes can damage collagen and elastin in your skin that are very important to make the integrity of your skin sure. This leads to early skin ageing.

When cross-linking and glycation occurs, it leads to stiffening of the skin and obstruction of nutrient and waste transfer that further worsens the condition. All this leads to wrinkles, sagging, discoloration, and swelling.

But what leads to cross-linking and glycation? The answer is, extrinsic factors like UV rays, X rays, smoke, heavy metals, and peroxides can lead to this process.

Mitochondria Also Have to Do Something With Skin Ageing

Mitochondria are important organelle of a cell. They are named as power house of a cell because of the fact that they have the ability to generate power or energy for the cell to perform its functions. There can be many mitochondria in one cell.

Where other organelles of a cell can be damaged because of harmful extrinsic factors, mitochondria too are prone to damage. Mitochondria have the function to produce ATP molecules out of glucose by a process named as oxidative phosphorylation. As the name suggests, oxygen is involved in the process. When oxygen is utilized for the purpose, free radicals are also produced unfortunately. These free radicals are reactive oxygen species (ROS). Details about free radical damage has been described above.

The free radicals created during the process of energy production damage the DNA present in mitochondria. This DNA keeps on being damaged over the course of time and then a time comes when it leads to loss of function in mitochondria. Loss of function means now cell will not be able to produce same amount of energy as it used to. While energy is the driving force, its deficiency finally leads to cell death.

There are many essential reactions that are going on in your body every second. These reactions where result into useful creations, there are also some byproducts that add to cellular waste.

Different kind of waste products are formed in cells. Some of these are small molecules that don’t take lots of energy of a cell and are excreted easily. On the other hand, some large byproducts are also formed that are not very easy to excrete and ask for lots of effort and energy. In such situations, waste products end up getting accumulated in a cell.

When they keep accumulating in cells, they finally start showing up in form of pigmented spots, commonly known as age spots. The age spots are mistaken for freckles but that is not right. They are actually the aggregates of a pigment, called lipofuscin. It has yellow to brown color, so have the age spots. Lipofuscin starts accumulating in cells at a very early age but only becomes visible once enough has been aggregated in cells.

Telomeres And Genetic Clocks Are Real Things It is not only you who keeps the track of time, your body does it too. Your body knows how long you have lived for and it ages according to that. Genetic clocks are present in your body which measure the time. In other words, all of us are programmed to die at some time and so are our cells. Telomeres are actually the tips of chromosomes. Whenever a new cell is formed by mitosis, chromosomes are also replicated in the process. Telomeres are usually shortened with each replication. Eventually, there comes a time when telomeres totally disappear. This is the time when a cell cannot replicate any further. That is called senescence. The cell then eventually dies. You cannot keep your telomeres from being shortened. Scientists are looking for ways to extend the length of telomere in order to increase a cell’s life.

Hormone Production Slows Down With Age

Hormones are the chemical agents that regulate many functions in your body. Even if a single hormone doesn’t work properly, it upsets many functions.

When a person ages, the production of hormones in his body also slows down. This leads to lesser amount of hormones than your body needs for proper functioning and a decline of functions is experienced that leads to skin ageing as well.

As hormonal system is also regulated by the brain, it is called neuroendocrine theory of ageing.

Taking Stress? You Are Making Your Skin Age

Stress affects your skin in so many ways and leads to premature skin ageing. When you stress, stress hormones are released in your body that are cortisol and adrenaline. Cortisol affects your skin negatively. It leads to skin thinning and inflammation. Both of these conditions make skin more prone to wrinkles, fine lines, and sagging etc.

Stress also aggravate your skin issues like acne. It increases wound healing time and suppresses your immunity, leading to more susceptibility to damage.

Therefore, stressing out is not a good idea. Try to relieve your stress by having a good massage and a good night sleep. Adopt some healthy food habits and make sure an adequate water intake.

Smoke Around You Is Damaging For Your Skin

“Smoking is bad for your health” is what you have always been listening. But did you ever come across the fact that cigarette smoke is bad for your skin as well? Cigarette or cigar smoke can do the worst things to your skin.

Smoke has a few immediate effects on skin like it dries skin out, slows wound healing, decreases vitamin C content, causes congestions of the pores, and makes skin look dull.

So stop smoking. It will not only do good to your skin but is a perfect choice for your general health. Also, you are affecting many people around you because of this habit as well.

Repairing the above mentioned processes with ageing is exactly what we propose to you in our C.R.E.S Principles of skin rejuvenation. We will go into detail on the above extrinsic and intrinsic factors altering individual skin components, then proceed to discussing powerful preventative and reparative options.

I’ve done Botox with CosMedocs and was impressed with their service and professionalism. Not to mention affordable prices. I was Botox virgin and had my reservations at first, but doctor’s advice made them all go away. And I’m really happy with the results.” - NC

I had a botox treatment with cosmodocs. I found the price very reasonable. Even better the results were excellent. I will definitely use this service again.” - BH

I am a very satisfied customer of Cosmedocs - I’ve had three facial areas treated with Anti-Wrinkle Injection at CosmeDocs in recent years, and find the treatment swift, thorough and effective. Also, Dr Haq’s pleasant and friendly manner makes the treatment as painless as possible!” - CFSP 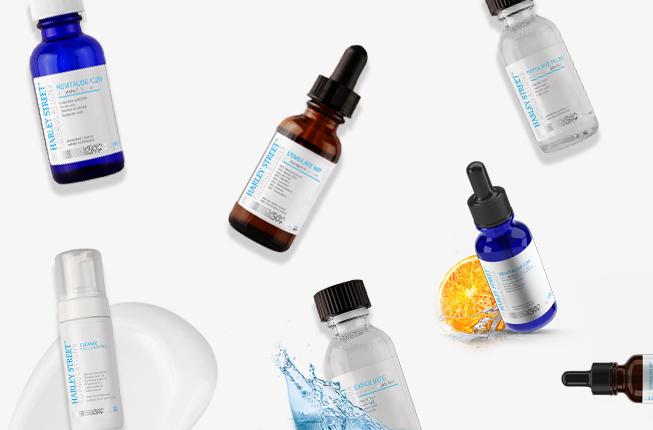 Thank you!
For contacting us one of our clinic
staff will call you.
close
X

Thank you!
For contacting us one of our clinic staff will call you.
X
X

For Contacting US. Please check your inbox, we have sent you the Download link
Note: if you did not get the email, please check spam/junk folder
X

For Contacting US. Please check your inbox, we have sent you the Download link
Note: if you did not get the email, please check spam/junk folder